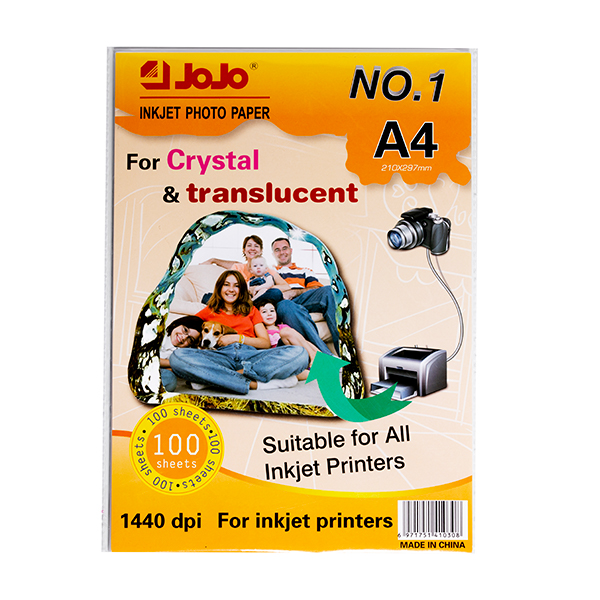 The various differences in the production of non-polishing crystal images can be divided into the following:

2. Polishing free film crystal image production method:Ordinary film print good design, good will print film 10-20 points or dry hair dryer blow dry again after making (weather when it’s low temperature and humidity increasing dry time), then the ordinary film glued on crystal solidification (note that sticky when free grinding film, the bubble), curing with good blade to cut crystal surrounding redundant film off, strip off a layer above the crystal film membrane (i.e., a piece of plastic), then pour without burnish glue cover them with film membrane stripping above (that is, get a piece of plastic), curing with good blade scrape off the excess glue around the crystal,Just wipe off any remaining glue on the surface of the crystal.

3: Non-polishing crystal consumables are made when we do semi-finished crystal by gluing the back flakes and crystals together, so that they will be one-to-one and very consistent. After the semi-finished crystal is finished, we will use the process method to separate it and package it.Is the biggest drawback of this product, when made crystal images, you will find how don’t match, actually very simple reason, the original when we do the semi-finished products, the middle of the 2 slices on only a thin layer of glue, in the production of crystal images, you have to take the two glue, and a film, the thickness of a layer of glue is higher than we had on a lot of, so certainly do not match, this is one of them.Second, it is in the paste when the manipulation above a careless, there will be 2 pieces do not match

Save photos to avoid overheating, high temperatures can have a bad effect on any photographic film, so do not leave the film in the sun on a hot day, so do not put the film next to the heating on a cold day.If you want the film to last longer, refrigerate it.Refrigerating the film will prolong its life. Indoor temperature is fine for keeping the film, but if you want to keep it for a longer period of time, you’d better use a refrigerator.Don’t let the film get wet

Is the original packaging moistureproof film, but after opening the package, in the fridge to put film in the moisture-proof container before, had better be put in plastic bags, it is worth noting that the indoor temperature to the temperature reached out from under the refrigerator film again after open the packing, won’t appear such film on the surface of water vapor, come out from the refrigerator recovery time for almost an hour at room temperature.

Write your message here and send it to us
x